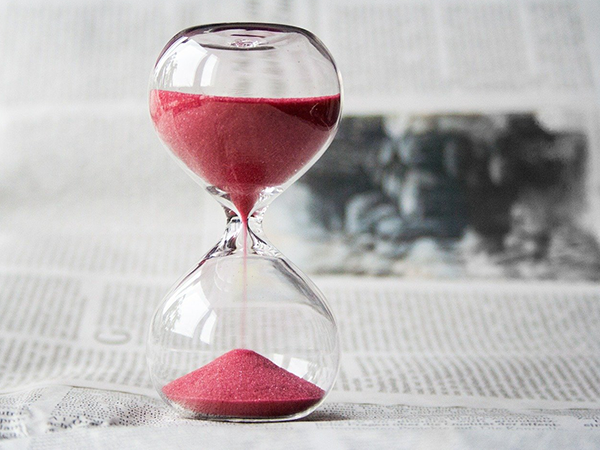 Why leaving the room is important.

Fundamental to the Bowen Technique are the breaks and for me there is no Bowen without the breaks; they are the thing that makes the difference to the client, the therapist and the therapy.  But why?

First and foremost the breaks provide an opportunity to make a decision.  If I said to you, “Go and run around the block, sign up now for this timeshare, and tell me in 500 words how you feel about poverty in the UK”, then the pressure is on you to do several things at once – and the chances are that you might take short cuts, not do them properly, or make choices or decisions that might be different if you had more time to consider all the options. However if you had more time between each task, with a chance to think them over and to make decisions about how and in what order you would complete them, then it’s probable that outcomes would be more favourable.  You would have a chance to see how each of the issues might relate to each other and how completing each might affect your overall view.

The breaks in Bowen provide exactly the same function.  By inserting breaks I am allowing the brain a chance to shut out other noise and focus on what has just happened. “What was that?  Was it a sliding move?  Was it a massage move? Was it a pokey move?  Did it hurt?  Did it tickle?  And most importantly, what is the appropriate response to it?”  The breaks therefore provide the nervous system with the space and the opportunity to potentially make a decision about how to respond appropriately.

This thinking doesn’t just apply the Bowen ‘moves’ themselves, but about the environment where the treatment is taking place. If the therapist stays in the room after the move has been made, the client is conscious that they are not alone and a subconscious narrative around “Someone else is present in the room while I’m lying down,” comes in to play.

“What’s the therapist doing? Are they watching me? Are they breathing on me? Are they filming me? Are they judging me?”  There is a whole raft of sensory information and warning signals that have to be considered when someone else is in the room and these may well affect the progression or direction of the treatment.  A study in Israel in 1998 into quantum physics, showed that observation affects reality and revealed that “the greater the amount of “watching,” the greater the observer’s influence on what actually takes place.” (Science Daily 2020)

As Bowen therapists, as therapists, what we really want is for our client to be able to be at ease in their surroundings and reduce internal chatter so that the body and brain can focus on what exactly is going on:  this is what it seems the breaks do.  By leaving the room we are creating the client’s own space for the internal dialogue to be able to happen uninterrupted. All of this depends on informed consent from the client, having had the breaks, as well as your intention to leave the room, fully explained in advance.  If at any time however your client asks you to stay in the room, or if leaving the room is not possible for other reasons then this becomes a different scenario.  In these circumstances you should stay in the room and where possible, create some degree of physical barrier between you and the client; a screen that you can step behind for instance. This still creates the physical and therefore psychological separation of therapist from the client that is the defining factor of the Bowen break.

An interesting but not fully formed study was carried out under the guidance of Professor Tim Watson. This study measured responses to pauses in manual therapy using changes in the constantly present bio-electric current running through all living objects.  The current was measured as a constant over a period of time and it was noted that as a therapeutic move was being applied, the frequencies reduced.  During the breaks in intervention however, the current increased, climbing significantly higher after each pause.

Whilst the study was never replicated or written up, or the methods fully explained, the preliminary results suggest that it is during pauses in therapeutic intervention that something is happening, in response to what has gone before. It seemed not so much that the break was affecting the current, but that something in the body was responding to the previous intervention(s) when it was not being continuously subjected to more input. In other words, time to think things over creates a change in response.

The pause seems also to have potential benefits beyond The Bowen Technique.  Over the years, I have suggested to many other clinicians and manual therapists managing pain scenarios that breaks in whatever intervention they are using could be very beneficial.  Where they have followed this simple idea, the changes to outcomes have improved significantly. Anecdotal.

The breaks are fundamental, and while we don’t fully understand them, the anecdotal evidence is strong enough to suggest that leaving the room at certain points during treatment has significant benefits.

Leaving the room gives an opportunity to write down what we have seen and what we have done and coming back gives us the opportunity to see what might have changed and to establish what we might do next.  It’s always ill advised to create a plan at the start of a treatment.

As we move from being a student, (where we are taught to leave the breaks at specific times), we become more adept at using our skills, our knowledge, and assessments to know when and where the breaks might be needed and can apply huge flexibility in our approach.  There may even be times when, as Tom Bowen did, walking back into the room you decide that the treatment is complete for this session. This approach resonates with me powerfully. If nothing needs to be done then nothing more should be done!

As well as breaks during the treatment, one of the key parts of a Bowen treatment is the break between the treatments. While we normally suggest five to ten days between sessions, sometimes a longer break is very useful.  If you have someone who is not progressing, get them to reschedule their appointment and leave them for two or three weeks.  The key here is listening to what the client (their body) is telling us.  There are many occasions when I have ‘given up’ on someone, thinking that we were not getting anywhere, only to find out a few weeks later that their problem just ‘went away.’  Sometimes things just aren’t going to happen to our agenda!

We don’t put breaks in because that is what Tom Bowen did,  we put them in because of the evidence we have that the breaks have a significant effect on the overall outcome of the treatment.  Ignoring or dismissing the breaks is to fundamentally misunderstand The Bowen Technique and reduces the increased potential that the breaks provide for change.

In summary, breaks between groups of moves and between treatment sessions are fundamental to the defining principles of The Bowen Technique.  A treatment using Bowen moves without breaks, makes that treatment something other than a Bowen treatment and should be defined as such, with the client being informed that what they are receiving is not Bowen.

The breaks are there for a reason and have a logical and plausible explanation, based around physiology and science.  By all means change whatever you need to change to suit your own approaches and if you can get better results this way, I would encourage you to follow this path. If you do, please give everyone else the courtesy of not calling it Bowen.